Introduced to radio at the age of 6 by his Dad, AJtheDJ has broadcast himself across 22 states, and from Nova Scotia to the West Indies.

Andrew is the resident Just4Fun Techie, and is the webmaster of the site you’re currently browsing. He’s also the creative force behind [-=ACE=-] – Artistic & Creative Endeavors, a design, photography, video, and graphics agency of his own founding.

His musical tastes run all over the place, and some people might consider them a rather ‘eclectic’ mix. Favorites might include anything from Cake to Metallica, from Enigma to Frank Sinatra. The only genre Andrew doesn’t know well is country, but he grew up a city kid and wasn’t exposed to it very much. He tends to care more about the history and connections between musical genres, rather than the trends and popular stories.

Growing up with a mom who was a trained singer, and a dad who was in radio, Andrew developed a talent at making noises and impersonating people. He doesn’t really do many of the sound effects anymore, but you’ll catch him doing impersonations from time to time.

Andrew has done all sorts of things in his life, and is one of those ‘Jack of all trades, Master of none’ types.

He’s the father of one son, and the grandfather of one grandson. His son is a college graduate, a soldier, and a husband, and makes AJ fiercely proud. His grandson is currently the titleholder of cutest toddler ever, undisputed. We’re expecting him to gather other titles as he ages. 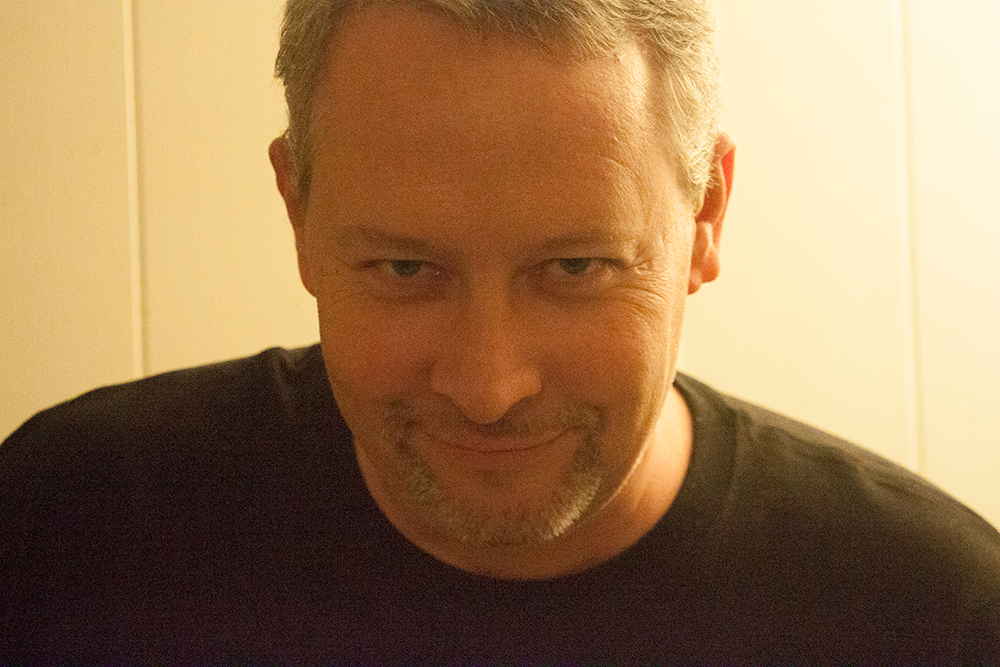 AJ the DJ is the host of both “The Magical Mixtape” and “Iron Jukebox”.

Magical Mixtape aims to share cool facts and backstories to all of the music you love! The music will be from lots of eras,  the real magic of the show will be what songs have in common!

There might be an entire show about songs on one topic, or an entire show about songs with misunderstood lyrics. We’ll will fill you in on what artists meant songs to mean, or what their lyrics were addressing.
You’ll hear lots of music you love on this show, and quite possibly, a ton of music you’ve never heard of, too! The topics of each show will be settled in advance, but you can still suggest or request topics, genres, or more!
Iron Jukebox is all about the metal! We’ll talk about almost anything that fits into the metal or industrial rock scene! Friday nights on Just4Fun Radio!

Listen to some of AJ the DJ's Past Shows!